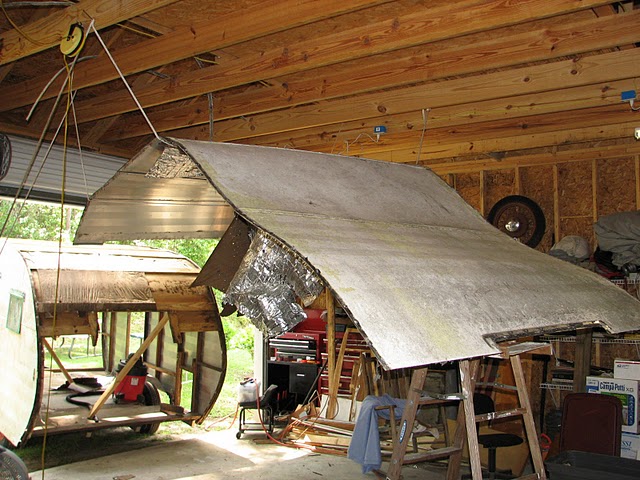 The 55 Comet pulled out from under the top skin.


Click on any of the thumbnail pictures below to see a larger image of that picture.
Use your BACK BUTTON to return to this page.